Peugeot Motocycles officially announced its move into the Thailand market at the Bangkok Motor Expo show on 28 November, marking the conclusion of a successful project managed by Intelligence Engines director Mark Franklin.

With domestic sales of eight million motorised two-wheelers a year, Thailand is a key strategic priority for Peugeot Motocycles, and our extensive market-entry experience allowed us lead their project to success.

Asia-Pacific is a high-potential region for the brand, with annual sales of nearly 10,000 vehicles in the premium segment, in which the brand is a leader, so it was a natural move for Peugeot Motocycles to launch in Thailand with Django, powered by a 150cc engine specific to the Asia-Pacific region.

At the show, Django created unprecedented buzz among the media, local importers and the general public, with Mark presenting the brand and the machine to visitors and press from around the region.

The launch in Thailand heralds the brand’s expansion in other Asia-Pacific markets, including Australia, Vietnam, Malaysia and Indonesia, all of which are being supported by Intelligence Engines. 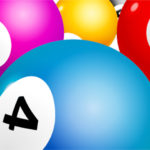